Rotating with the sun, hovering in a helicopter, lifting the earth with a crane, opening and closing dams or playing with gravity - at the Noble Energy Science Park you could get in, touch, climb and activate a series of giant interactive displays. The main subject is environment quality and the park’s exhibitions demonstrate important scientific principles that have to do with it. In case you would like to rest, you could do so at the pie shaped bench or alternatively take a seat at the amphitheater and watch the water shows at the wind rose shaped fountain.

You are invited to a great experience for the whole family. A wonderful combination of learning and fun in an expansive park, divided to courtyards which display the inventions and discoveries of the greatest scientists in history- Archimedes, Leonardo Da Vinci, Sir Isaac Newton, Daniel Bernoulli, Pythagoras and others.

We will begin our tour at the Archimedes courtyard; the great inventions of Ancient Greece’s scientists are on display. “Archimedes’ Death Rays”, “The Archimedes Screw”, a pulley block system for lifting boats and of course - lifting the globe. Even if Mom and Dad are sitting inside, the children can pull the ropes and lift them high in to the sky.
You should also visit Archimedes who is sitting in a bathtub with king Hiero's crown, a moment before he figured out how to calculate its volume. The widely known anecdote tells that he jumped out of the bathtub and ran naked while shouting “Eureka!” (Meaning: “I have found it!”), but no worries, this is not going to happen here in the park.

The next stop is the Leonardo Da Vinci courtyard. You will not find the Mona Lisa here or other works of art by the Renaissance genius; we are here strictly for science and technology so we will get to know the “Ideal City” - a complex plan by Da Vinci dealing entirely with water management. Dams, water locks and water wheels. The displays were developed according to Leonardo Da Vinci’s drawings. Everything is a masterpiece integrating cogwheels, movement exchange, wood and metal coming together for action.

You will also see the Vitruvian Man statue, which is a part of Da Vinci’s human body research. You could and should take a picture with him, and when there are many children (and parents of course) you can take a very special picture.

At the Newton courtyard you are invited to fly, to ride a rope and swing. After the apple revealed the law of gravity to Sir Isaac Newton, you can now use it to fly with the Bo-yo: the human yoyo. You hang on and get pulled up powerfully. The swing with the pendulum will give you a whole new experience - swing once, powerfully, and then wait for the energy to pass on to the pendulum and when it will come back; you will see how it feels like to swing without anyone helping you.

Daniel Bernoulli discovered the lift force, thanks to him we can take off to the sky with planes. Here in the Bernoulli courtyard you can fly a helicopter on your own, see the Kfir - an Israeli fighter aircraft, and speak from a distance using parabolic acoustic dishes.

At the park there are many more displays prepared to introduce you to scientific facts while playing and having fun. 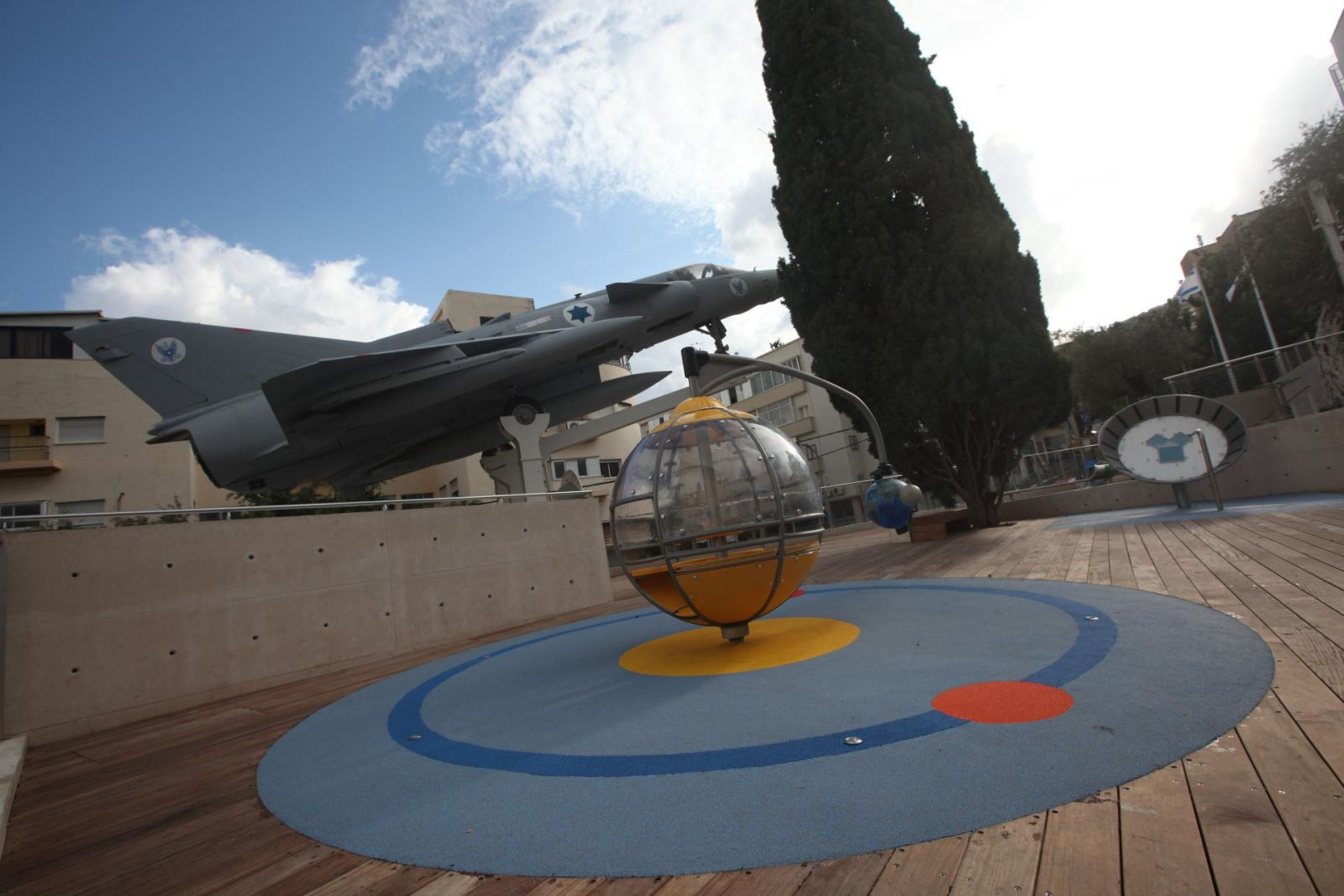 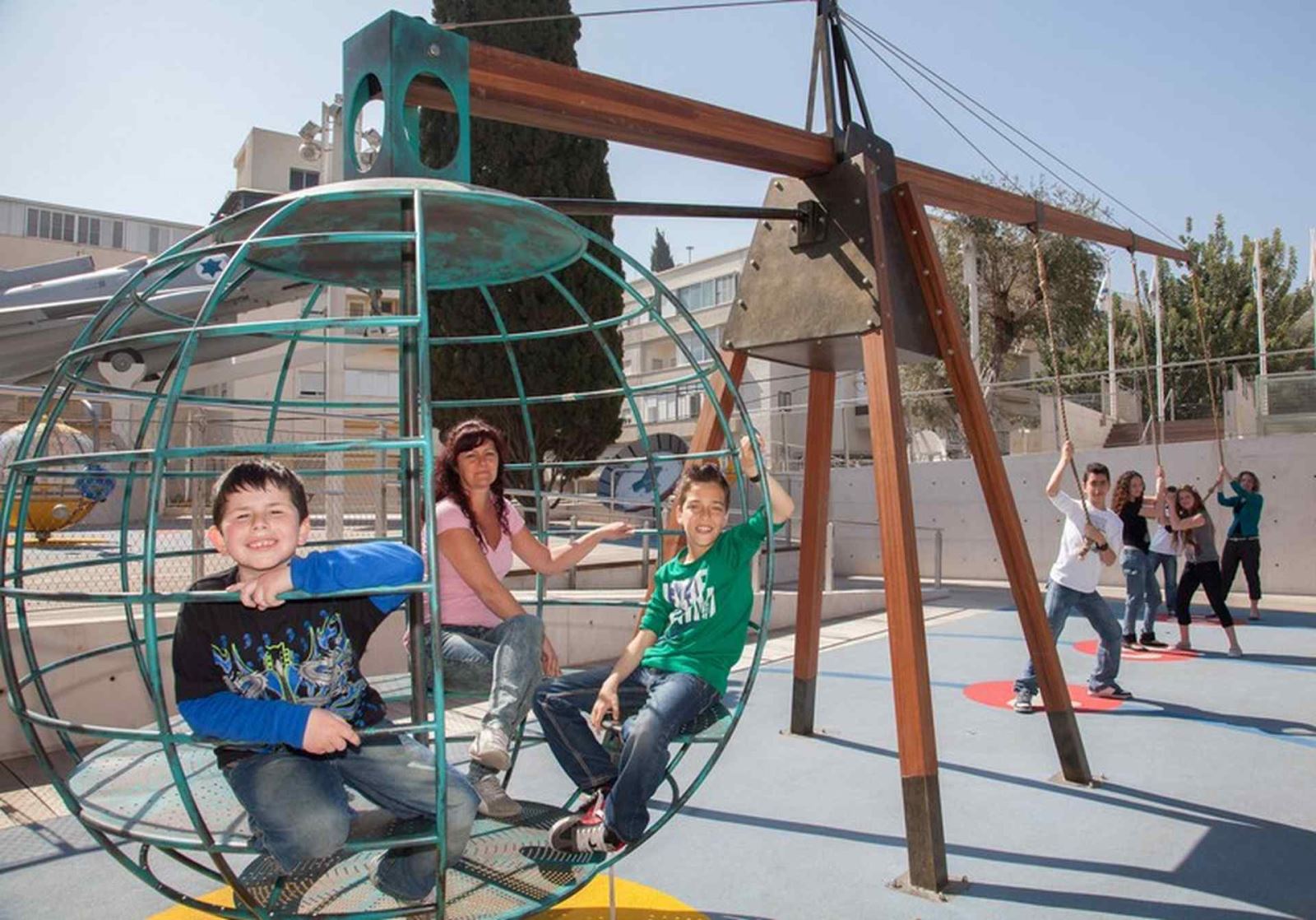 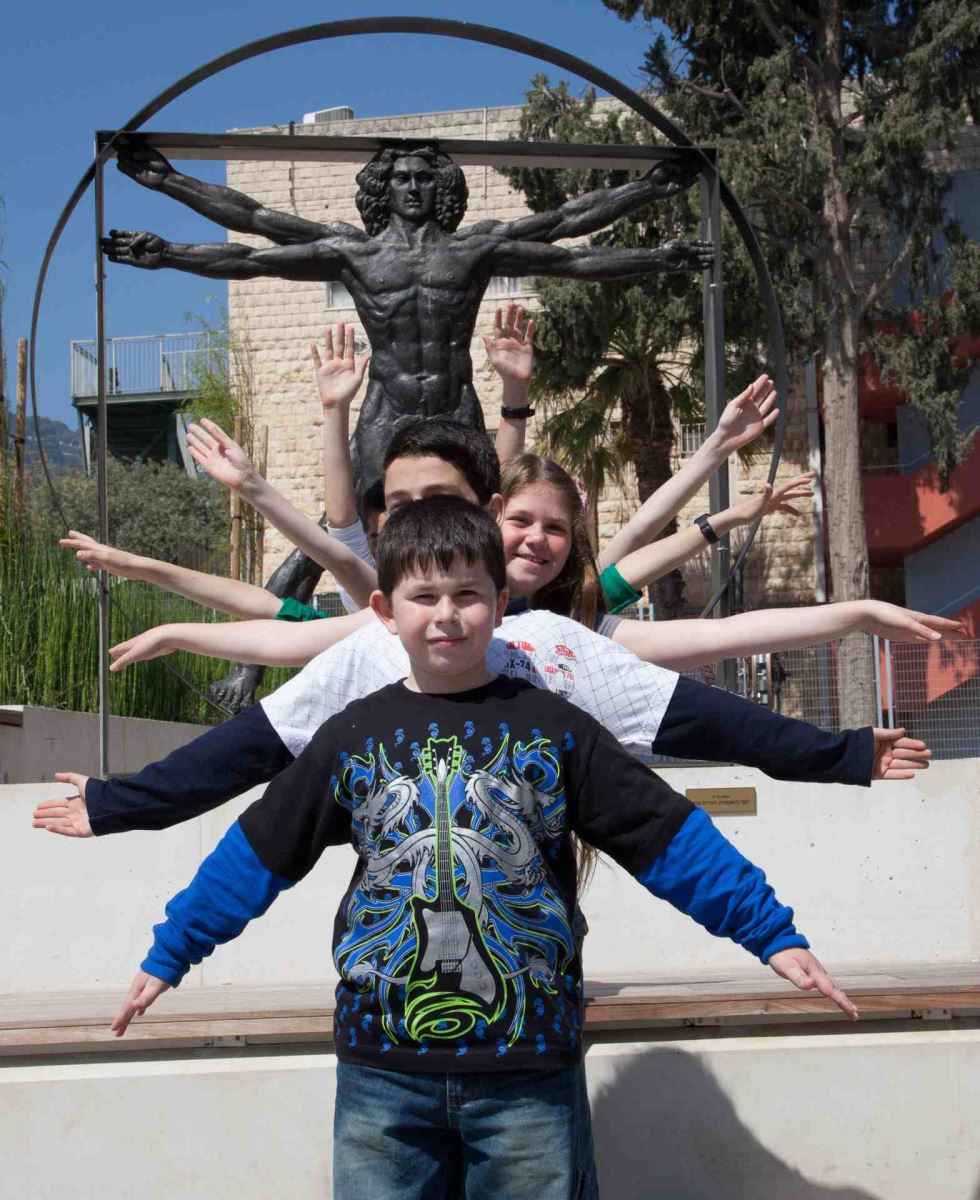 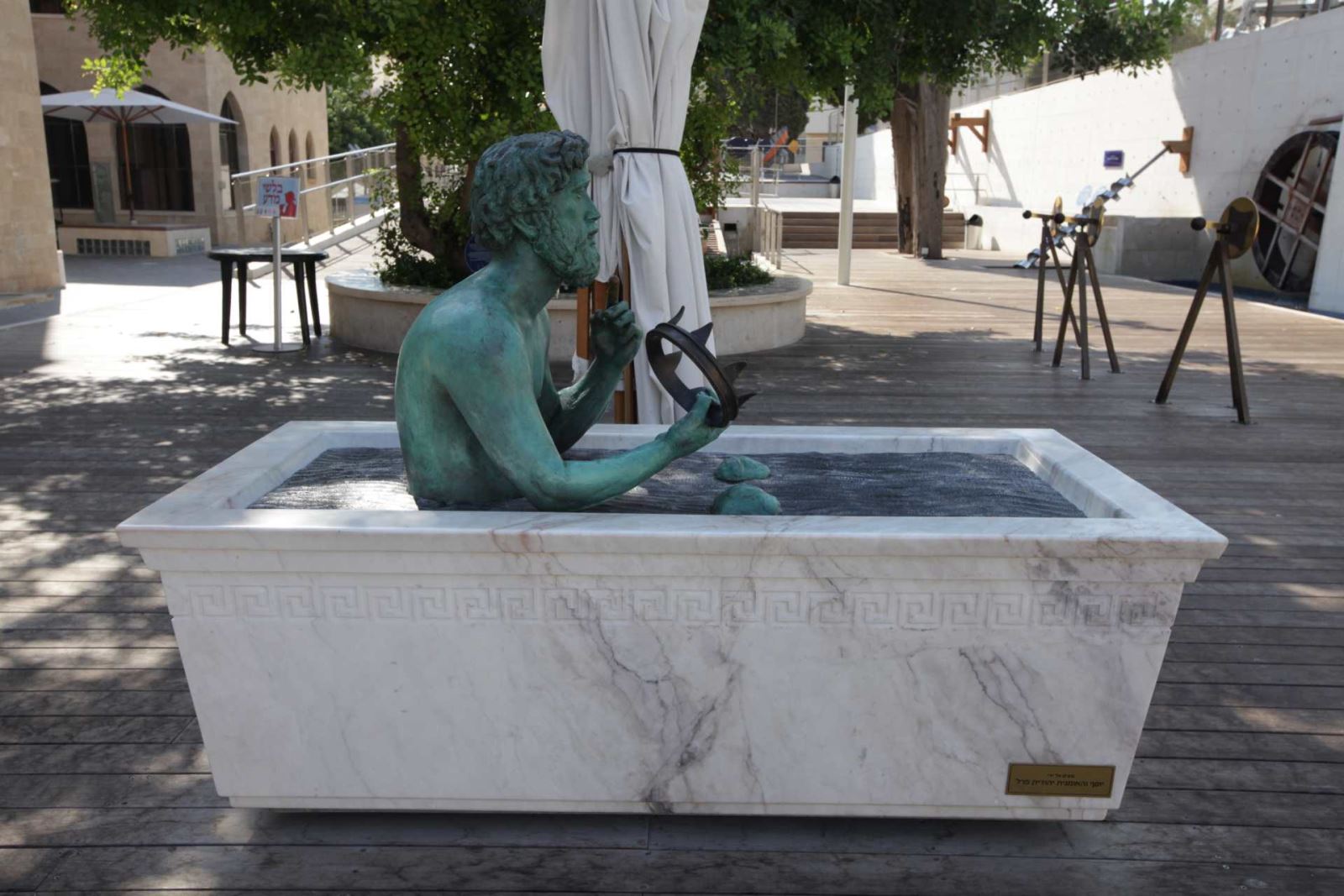 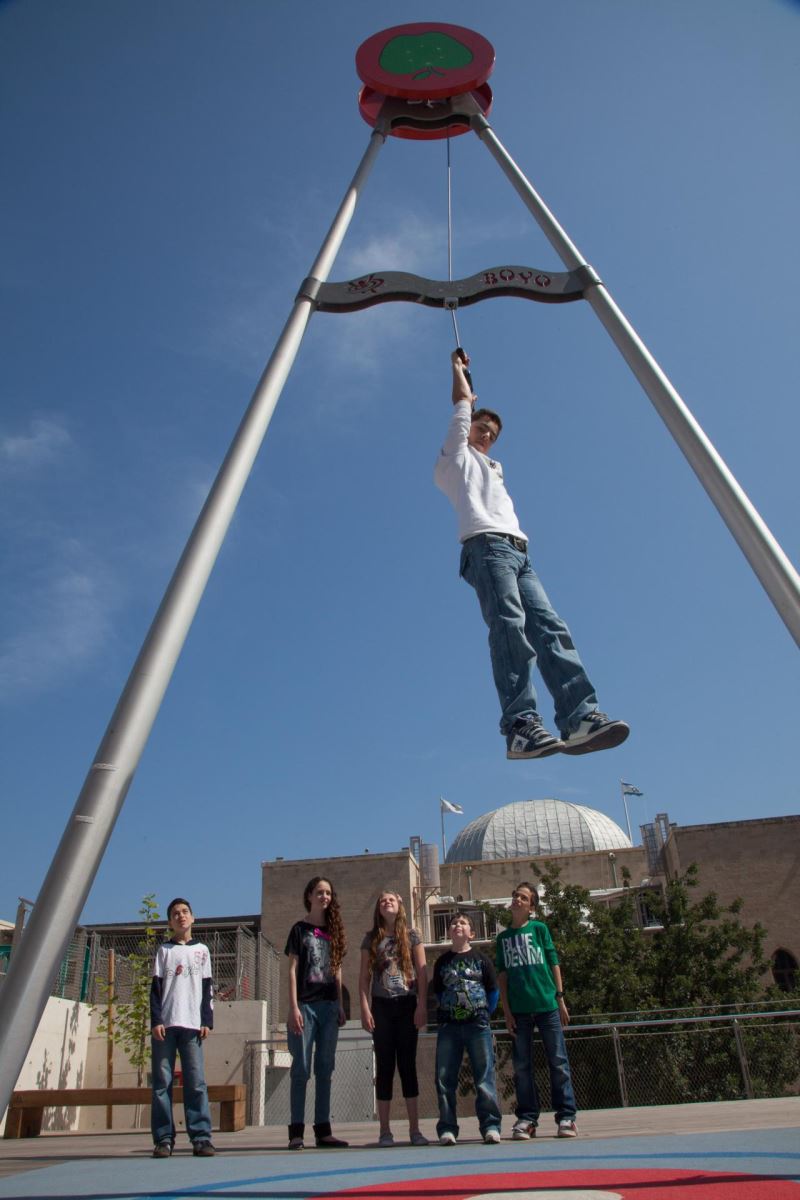 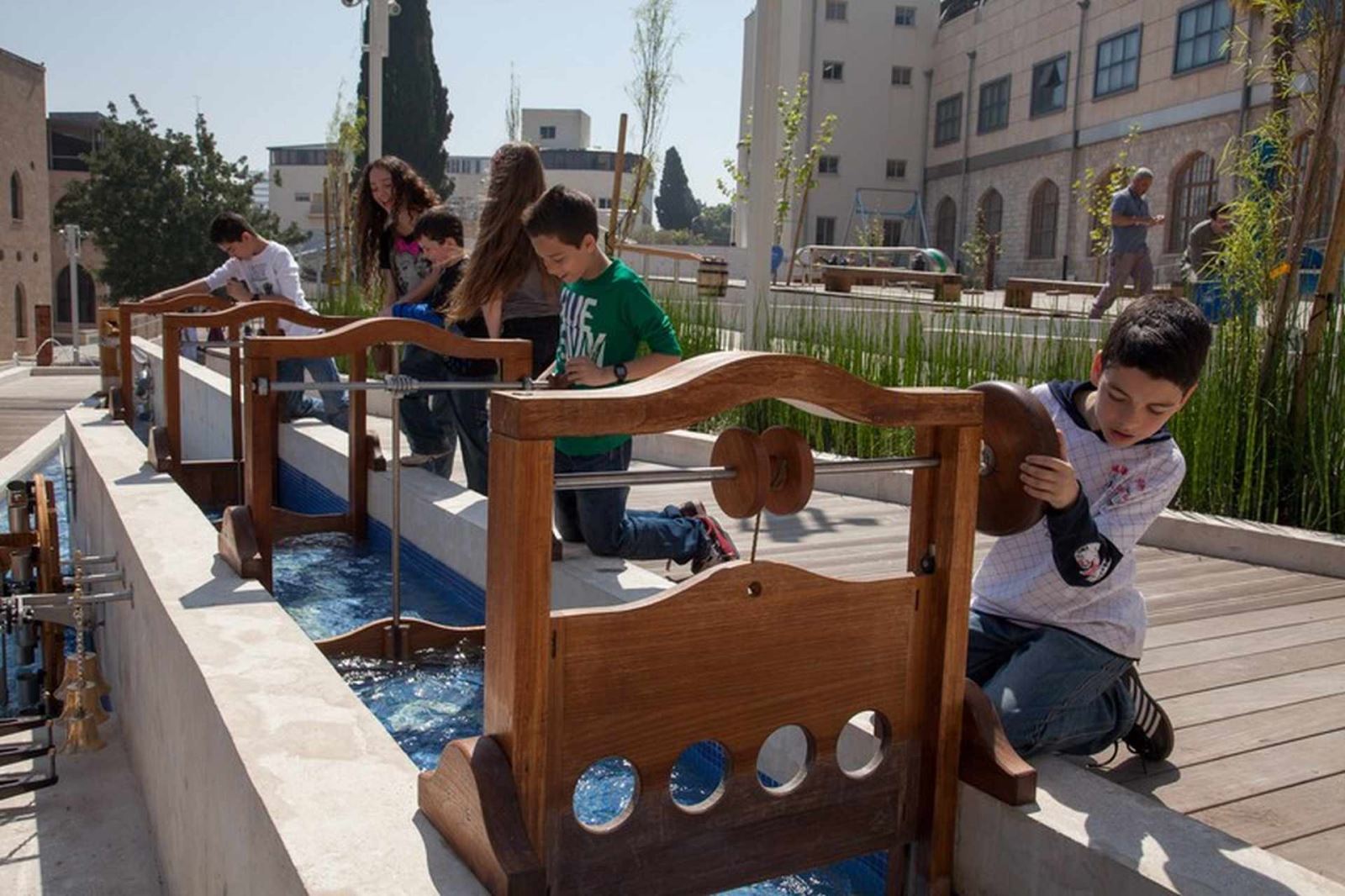 Wanger Family Fab-Lab at MadaTech
Fab Lab - digital fabrication laboratory, is a place where anyone can make (almost) anything, using digital design, 3D printers, laser cutting and other advanced technological means
Read More
Exhibitions
MadaTech offers more than 20 interactive science and technology exhibitions. Visitors are invited to operate different interactive exhibits and experience science up close.
Read More
Cinematrix
Cinematrix is the first of its kind in the world: is an extraordinary, innovative SMART Theater which engages all senses simultaneously.
Read More