Step inside the authentic Excalibur-Almaz Space Capsule, the russian spacecraft that orbited earth twice. This spacecraft was developed as part of the Soviet Union military space program.
This project was available with the help of the partnership between the Heinlein Society and the Ramon Foundation. 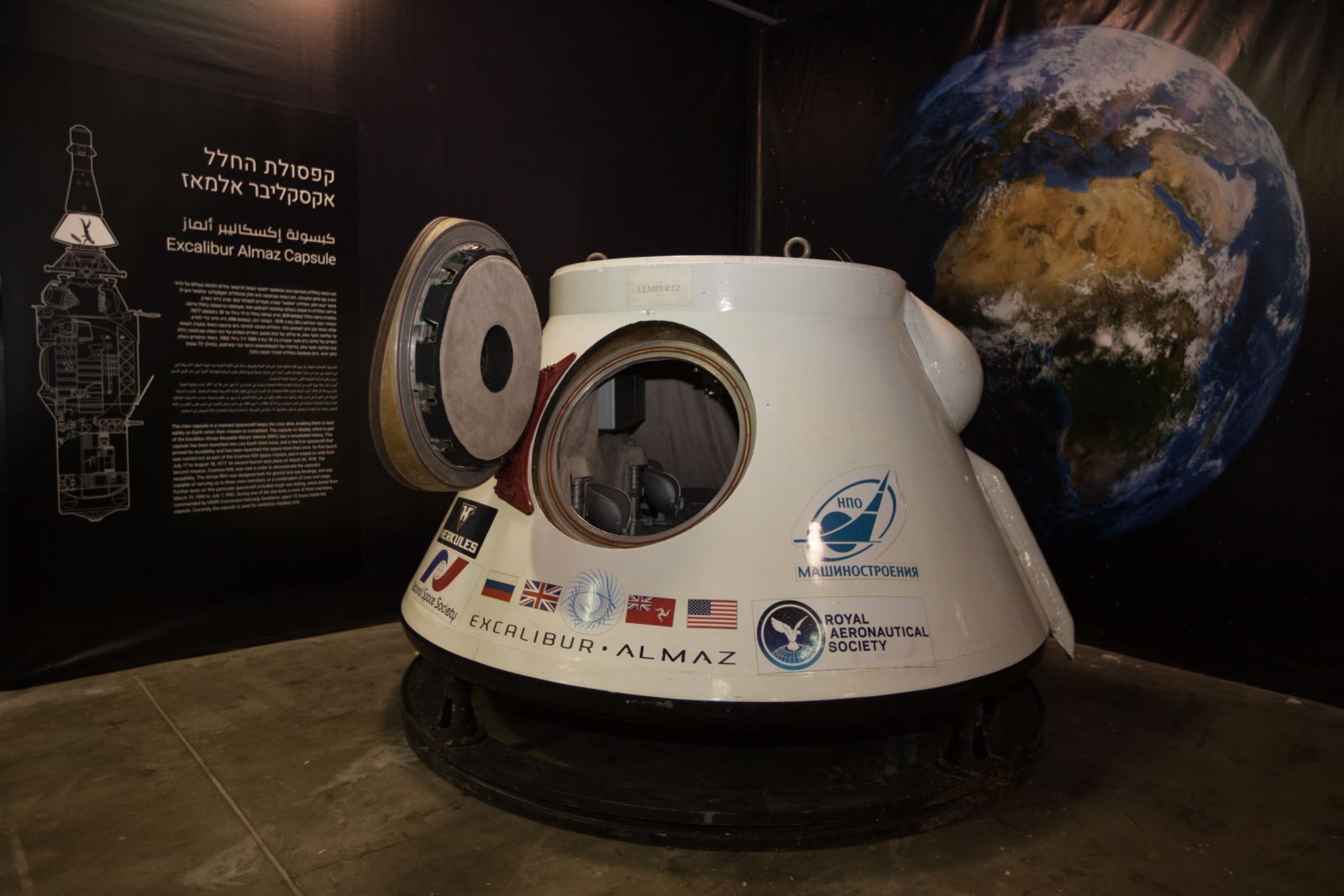 Try out this Russian training spacesuit that makes life possible in the vacuum of space. It is easy to get into and to get photographed dressed for your spaceflight challenge. 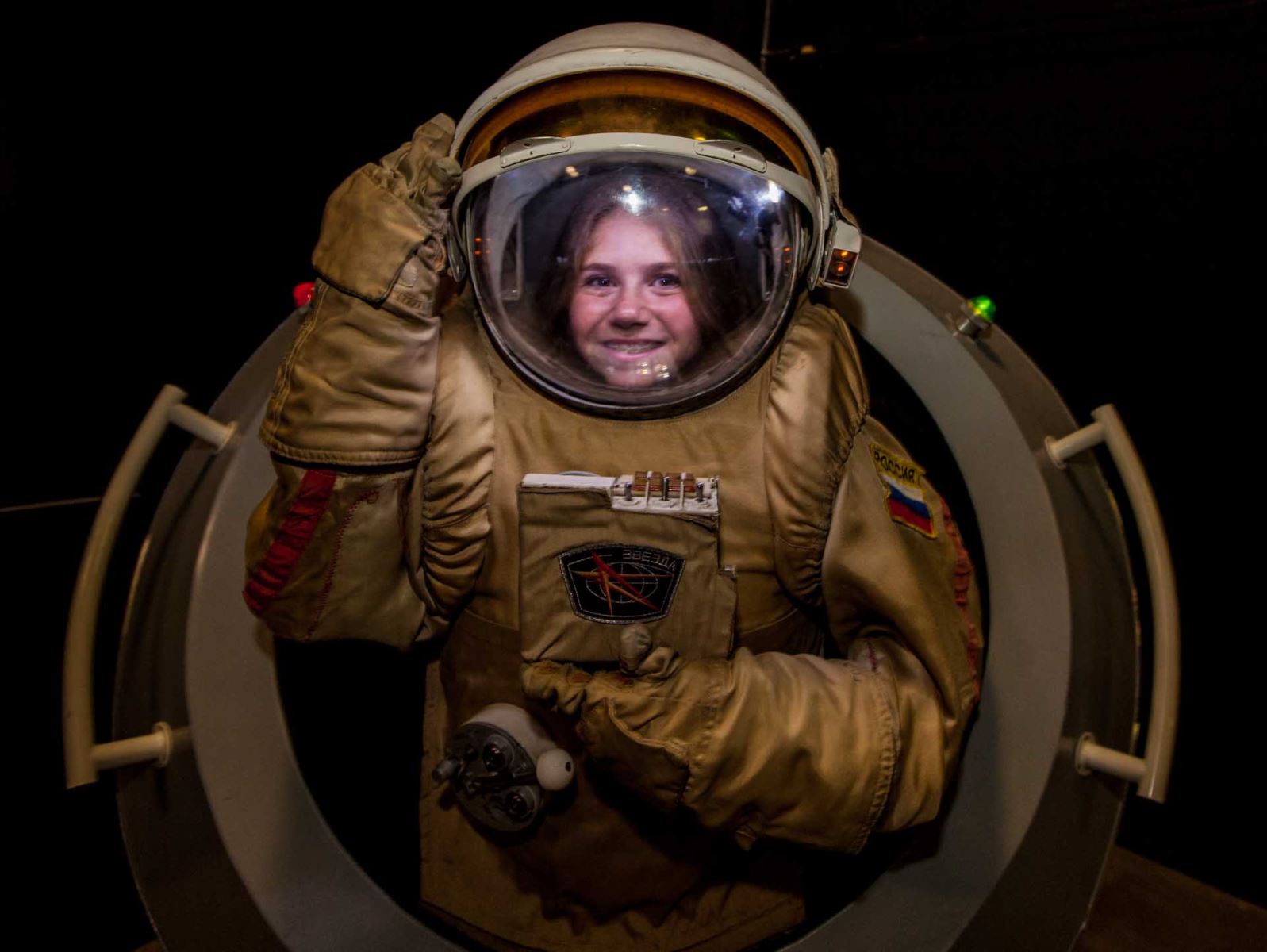 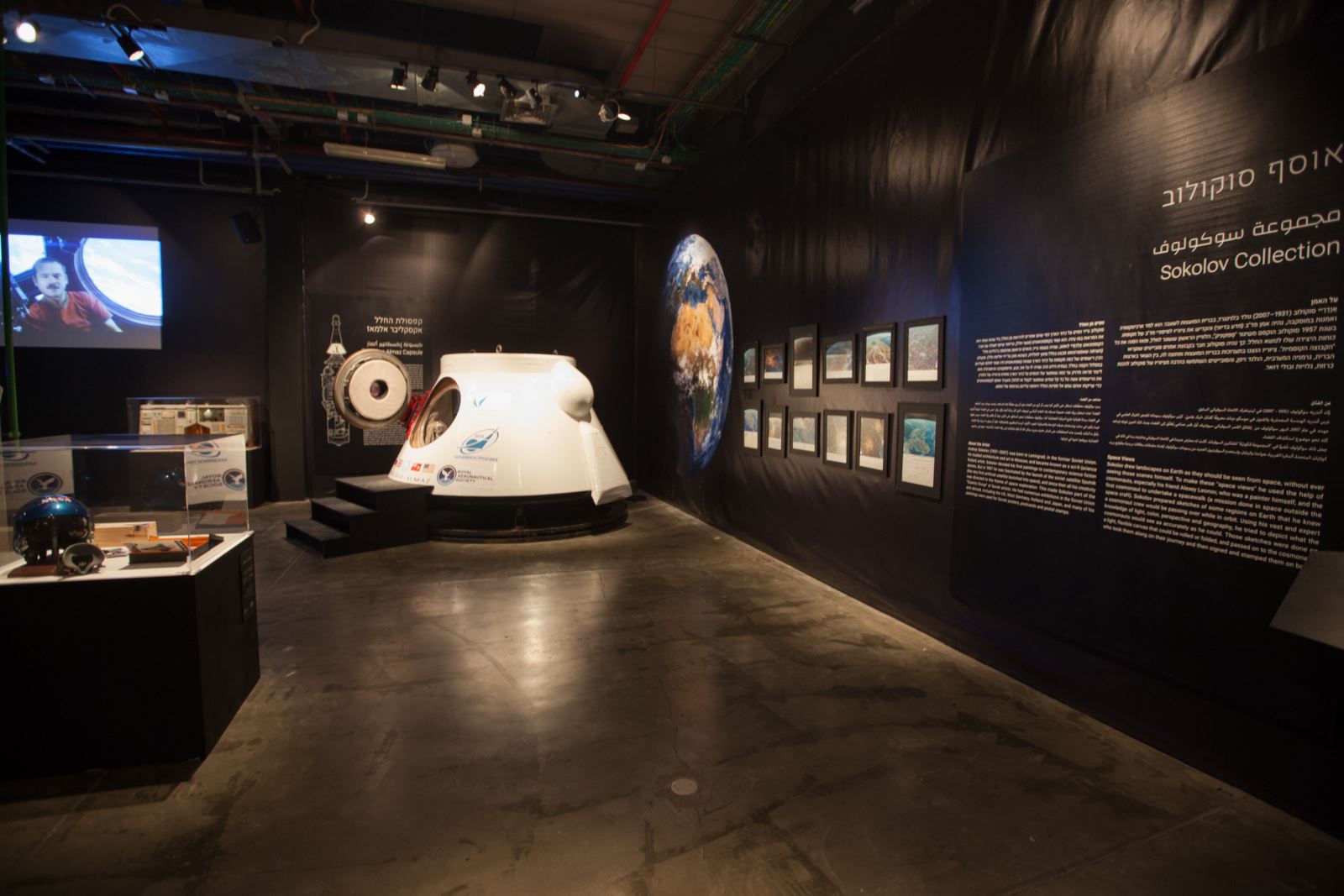 Embark on a virtual journey in space; if you want to experience what it is like to be a spacecraft commander, don't forget to wear these unique glasses. 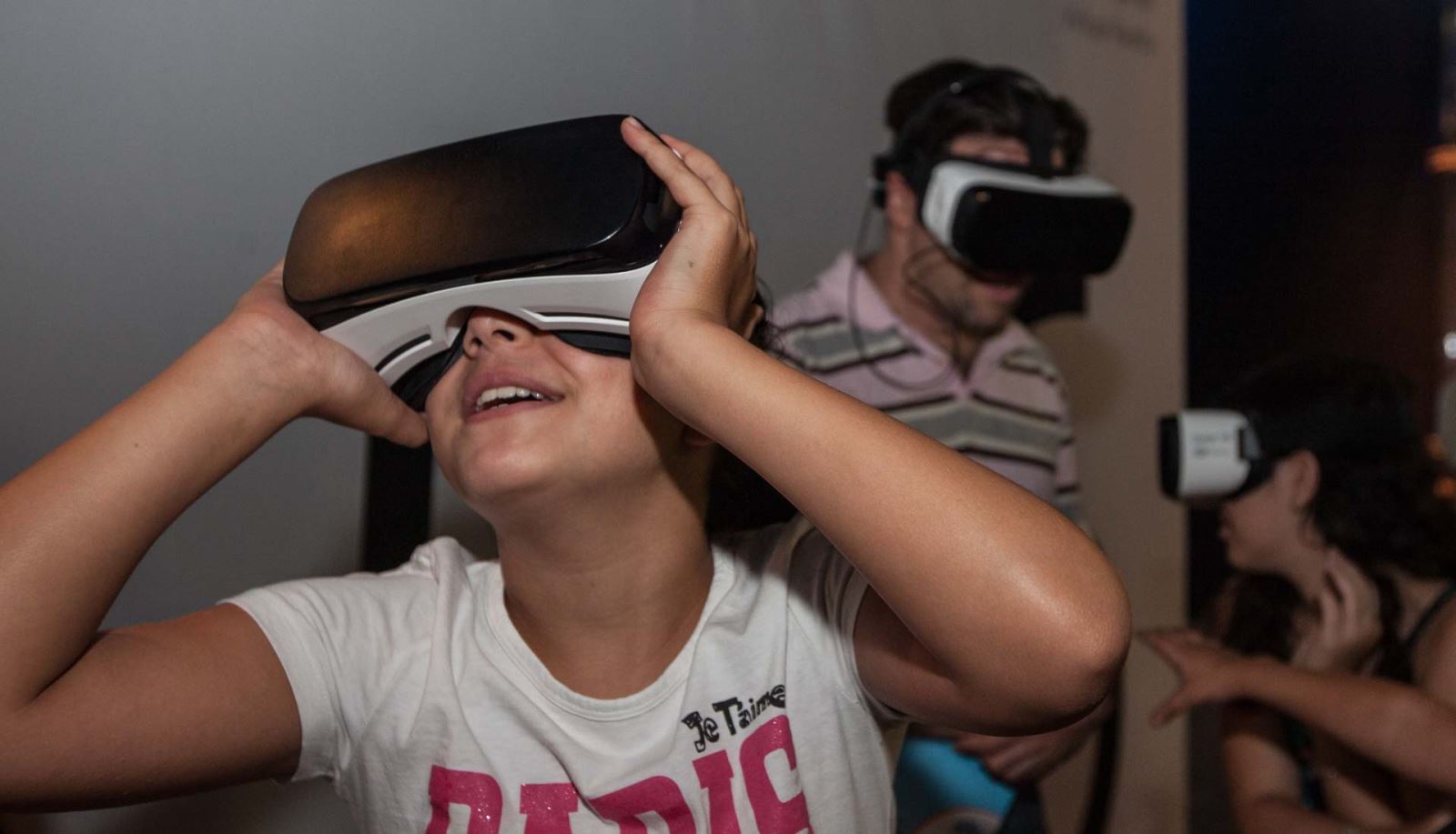 In memory of Ilan Ramon, the first Israeli astronaut on the Space Shuttle Columbia that broke apart during reentry into the atmosphere: take a look at some of the objects that survived the crash, such as his helmet, his favorite music discs and more.
Observe the original MEIDEX multispectral camera that helped Ilan Ramon measure small dust particles (dust aerosols) in the atmosphere over the Mediterranean and the Saharan coast of the Atlantic.
These items are on loan from the Ministry of Science Space Agency. 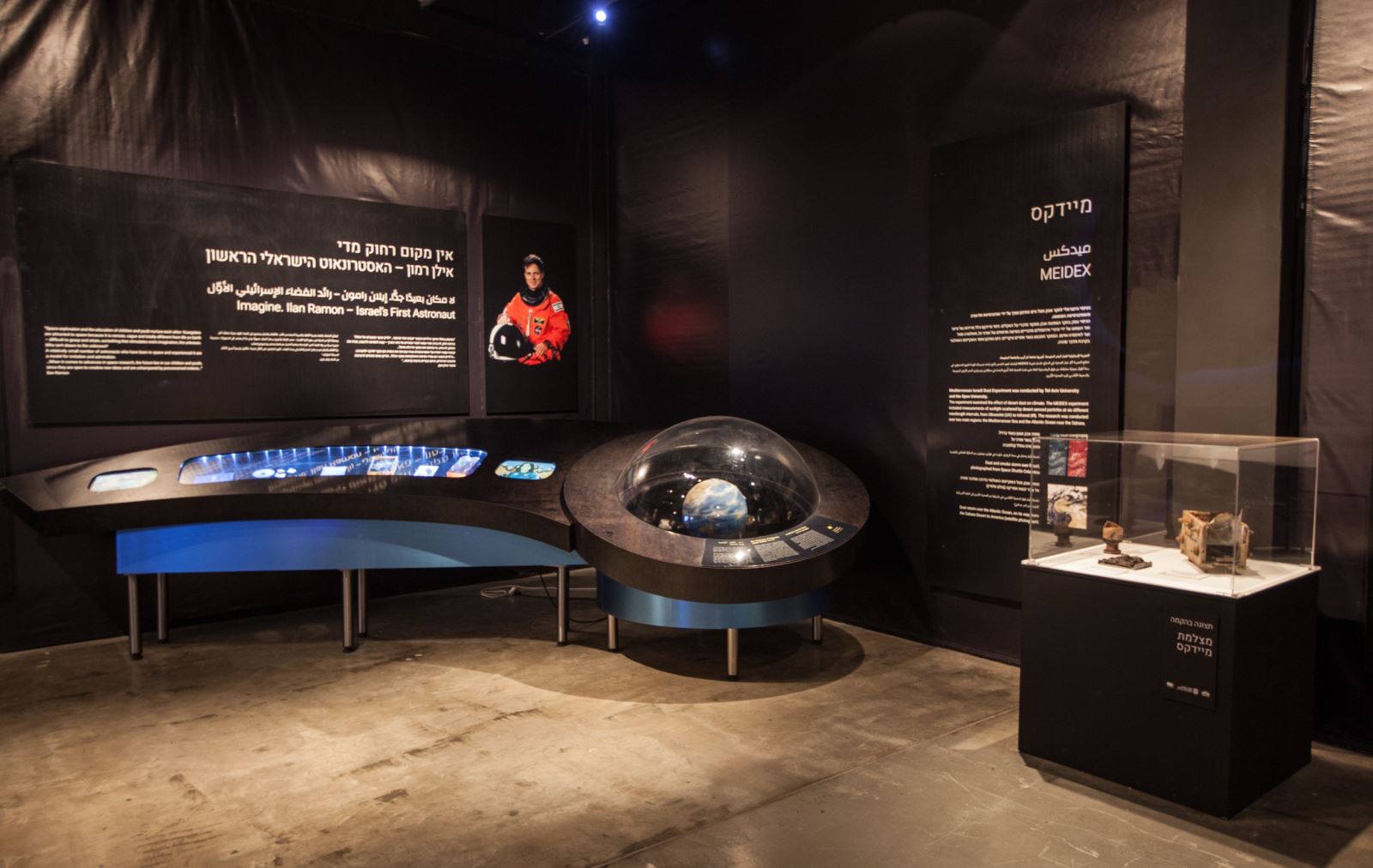 Look at an amazing display of the sputnik replica, the first satellite launched into space by the Soviet Union in 1957.

Deep Sky by Michael Zukran
Watch a spectacular display of recorded images of astronomical objects taken by Michael Zukran. If you look closely, you can see Michael's innovative astrophotography gear and special equipment. 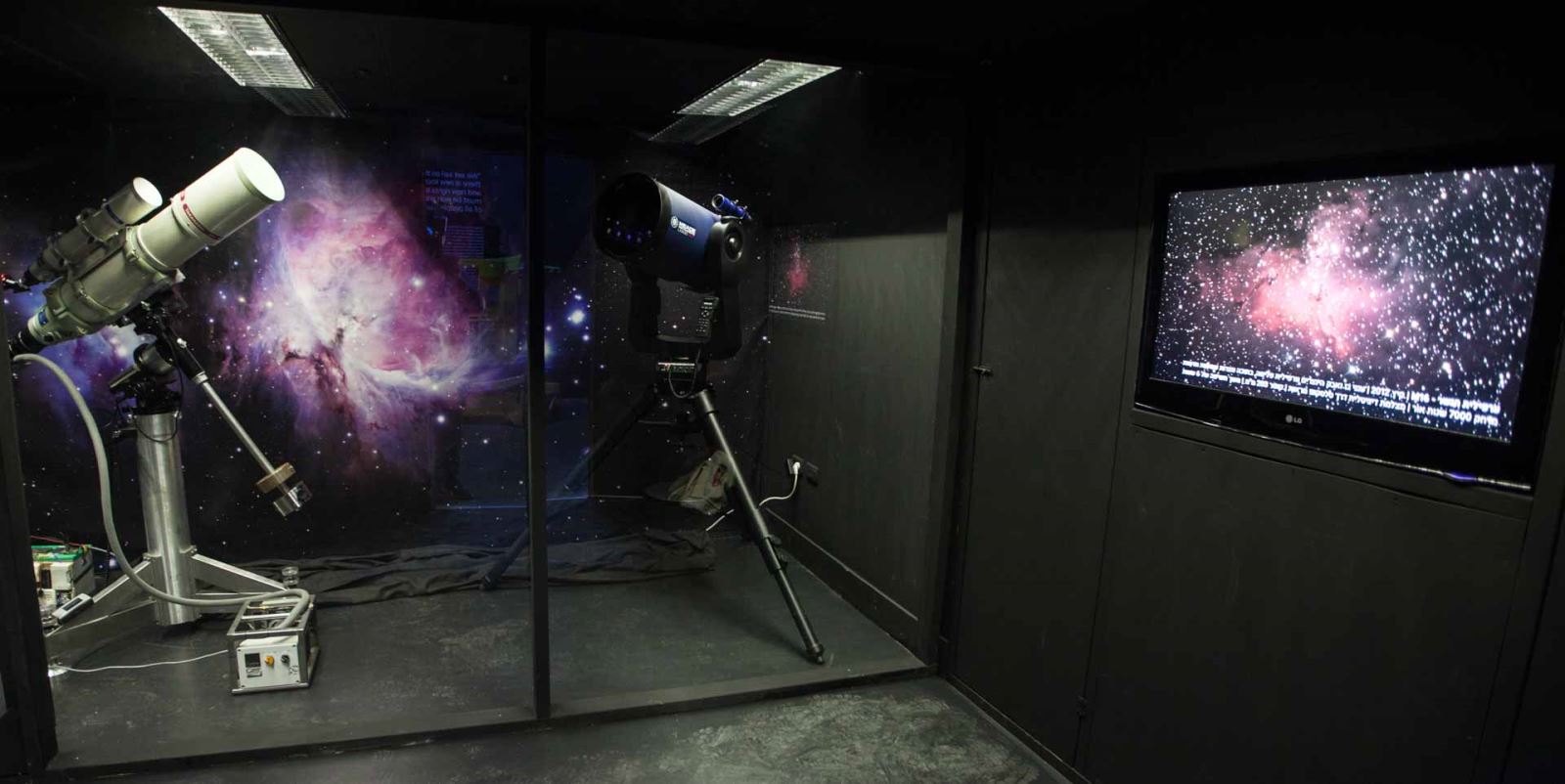