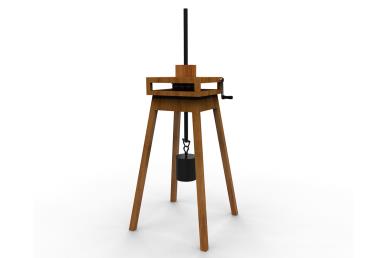 The user turns the handle to raise and lower the device. The device enables users to lift heavy weights with relatively little effort.

The ball bearing is the precursor of today's thrust bearings, commonly used in automotive, marine, and aerospace applications, such as the clutch release of a car and the main and tail rotor blade grips of radio controlled hellicopters.