A Flight of Imagination

The notion of elevating oneself above the ground has intrigued and motivated people to explore a means to fly, both in myth and science. From the ancient Greek legend of Icarus's waxed wings, through Leonardo Da Vinci¹s late 15th century diagrams, to the Wright Brothers' first flight on December 17, 1903.

The Wright Brothers' determination and courage has inspired them to invent a heavier than air biplane, setting a landmark in the rich heritage of aviation. As a tribute to this achievement, in celebration of the centennial anniversary of the Wright brothers' invention, 2004 was announced worldwide as the aviation year.

Your navigation begins at MadaTech's yard, where you encounter a real Israeli Air Force Kfir aircraft, manufactured by Israel Aerospace Industries. You are watching the real thing, in full size!
As you enter the main building, take a look at the historical Wright Brother's airplane model, hanging from the main hall ceiling. Take a trip up the stairs and observe how curiosity, will and ingenuity have paved a way to an amazing creation.
So Far So Good
MadaTech's interactive exhibition outlines the development of aviation history, and highlights some of the major contributions to this field, from that first brave leap into the unknown through to the concepts of spaceflight vehicles.
The Sky Is the Limit

The scientific basic principles of flight are displayed through a visual and interactive hands-on experience. As part of the exhibit theme, the exhibition hall's domed roof is painted sky blue and 3 satellites are floating high.

*  Appreciate a huge hot air balloon floating in the center of the hall, operated by a powerful fan, demonstrating the concept of lighter than air flight.
*  Watch the Bernoulli Effect of air tubes on floating balls.
*  Operate the controls of a real Israeli Air Force unmanned aerial vehicle (UAV).
* Check and feel the various forces affecting the wings, allowing the airplane to elevate. 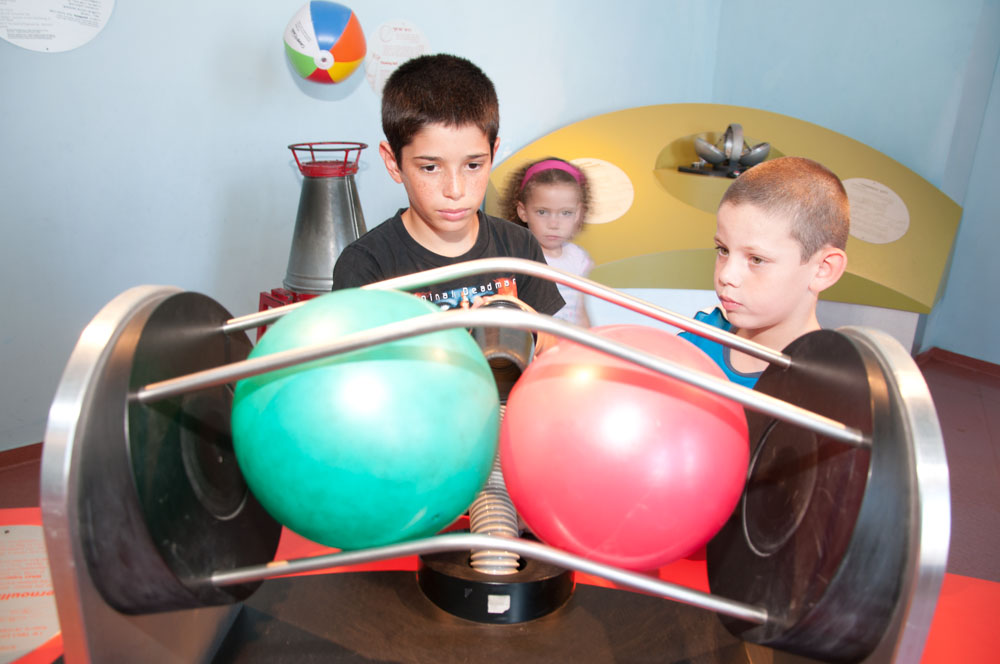 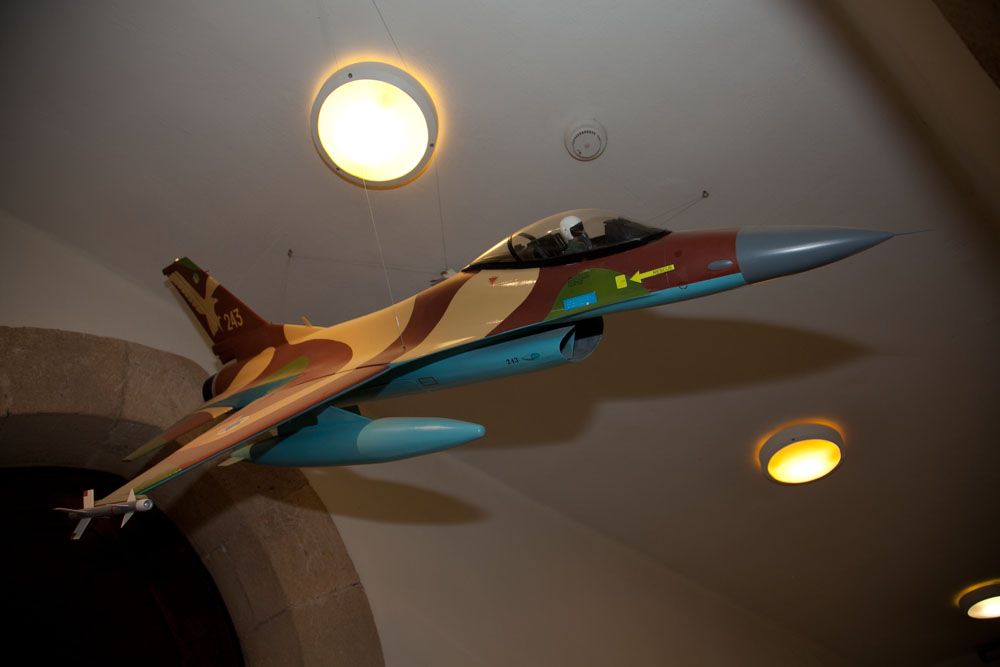 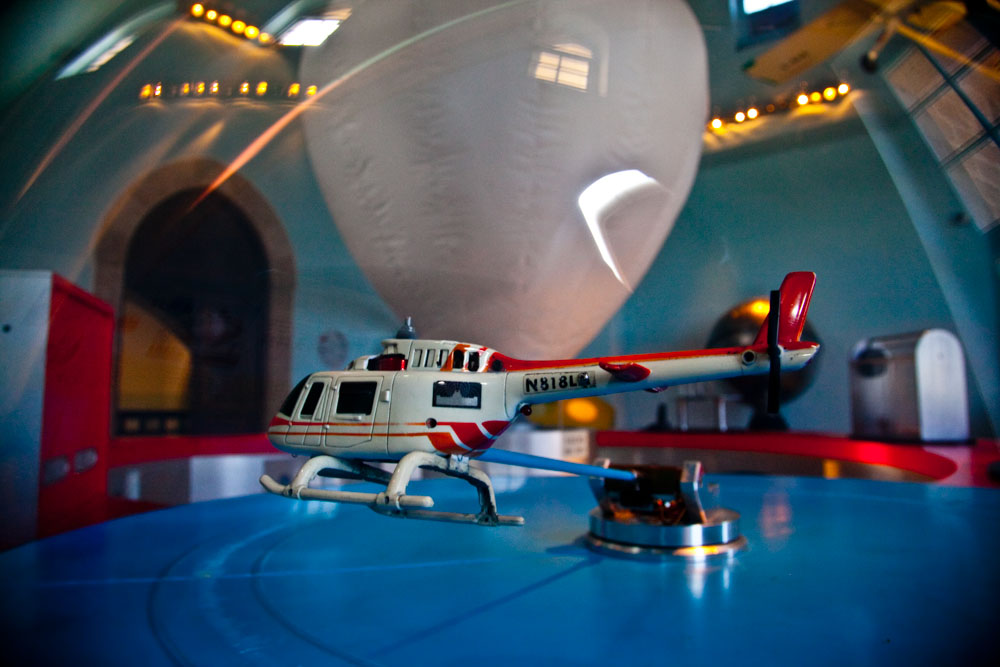 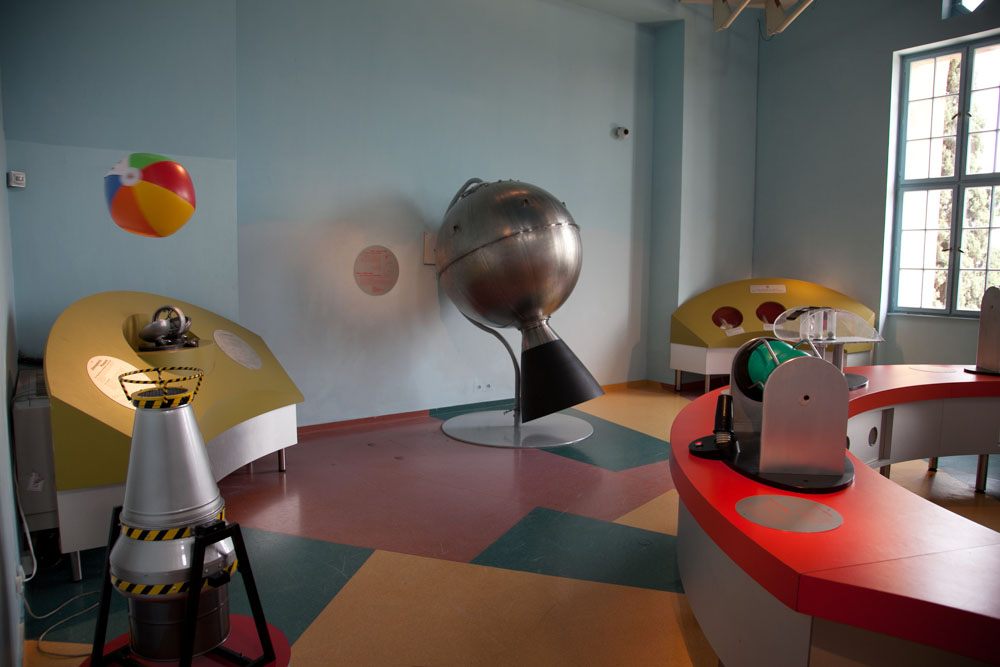 Noble Energy Science Park
You are invited to a great experience for the whole family. A wonderful combination of learning and fun in an expansive park, divided to courtyards which display the inventions and discoveries of the greatest scientists in history- Archimedes, Leonardo Da Vinci, Sir Isaac Newton, Daniel Bernoulli, Pythagoras and others.
Read More
Cinematrix
Cinematrix is the first of its kind in the world: is an extraordinary, innovative SMART Theater which engages all senses simultaneously.
Read More
Wanger Family Fab-Lab at MadaTech
Fab Lab - digital fabrication laboratory, is a place where anyone can make (almost) anything, using digital design, 3D printers, laser cutting and other advanced technological means
Read More